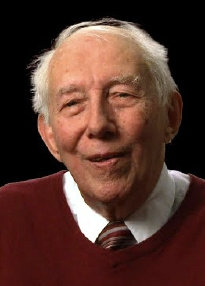 John Frederick Dorman was born in Louisville, Kentucky, 25 July 1928, the only child of John Frederick Dorman and the former Sue Carpenter Miller. His father was the child of German immigrants; his mother was descended from colonists in Virginia, Maryland, and Pennsylvania who had migrated to Kentucky at the end of the eighteenth century. It was through this maternal ancestry that Fred developed the interest in Virginia genealogy that defined his career. Fred received a bachelor’s degree from the University of Louisville in 1950. He served from 1951 to 1953 in the United States Army’s Army Security Agency, the successor to the SSA (Signals Security Agency), which conducted military signals intelligence in the Second World War. He then served as assistant archivist at the College of William and Mary from 1953 to 1955, simultaneously earning a M.A. in library science from Emory University in 1955. In the following year he moved to Washington, D.C., and became an independent professional genealogist.

Fred was deeply involved in the leading educational and professional organizations of the genealogical world. He served the National Genealogical Society as its librarian in 1959-1960 and vice president in 1958-59 and 1968-70, and a councilor in the 1950s and again in the 1970s. He was one of the founding board members of the Board for Certification of Genealogists in 1964, and after many years as a trustee, served as its president in 1979-80 and executive director from 1982 to 1996. Fred was only thirty when he was elected a Fellow of the American Society of Genealogists in 1958; he was its treasurer from 1959 to 1966 and served as president from 1982 to 1985. He taught for many sessions of the National Institute of Genealogical Research (now Gen-Fed) in Washington, D.C., and the Institute of Genealogical and Historical Research at Samford University, Birmingham, Ala.  Beyond these involvements, Fred saw participation and membership in hereditary societies as entirely consistent with the scholarly pursuit of genealogy. He was a member of the Society of the Cincinnati in the State of Virginia, Sons of the American Revolution, Sons of the Revolution, Society of Colonial Wars, General Society of the War of 1812, Jamestowne Society, Descendants of Colonial Governors, and other hereditary societies. He served some of these in a volunteer capacity as a state- or national-level officer; he also served others professionally as the verifying genealogist.

Fred’s first genealogical article was published in Louisville in 1949, while he was still an undergraduate (“Descendants of General Jonathan Clark, Jefferson County, Kentucky, 1750-1811,” Filson Club Historical Quarterly 23 [1949], nos. 1, 2, and 4). This launched a publication career that few, if any, will ever match. Aside from several comprehensive book-length genealogies of colonial Virginia families (Robertson, 1964; Farish, 1967; Preston, 1982; Epes, 1992-1999; Claiborne, 1995; and most recently Slaughter, still unfinished), he published a long list of articles in National Genealogical Society Quarterly, The American Genealogist, and other leading journals. He also published, as editor or co-editor, dozens of volumes of abstracts of Virginia county records and Revolutionary War pension applications. He edited the major reprint sets of Genealogies of Virginia Families from Tyler’s Quarterly, William and Mary Quarterly, and The Magazine of Virginia Genealogy published by Genealogical Publishing Company in the 1980s. In the 1980s, he co-edited the third edition of Adventurers of Purse and Person—the systematic genealogical summary of all Virginia settlers before 1625 who left descendants—and then went on to produce the substantially enlarged fourth edition, in three volumes in 2007. Throughout all this, Fred launched and sustained The Virginia Genealogist, which he published in 200 issues over fifty years from 1957 to 2006.