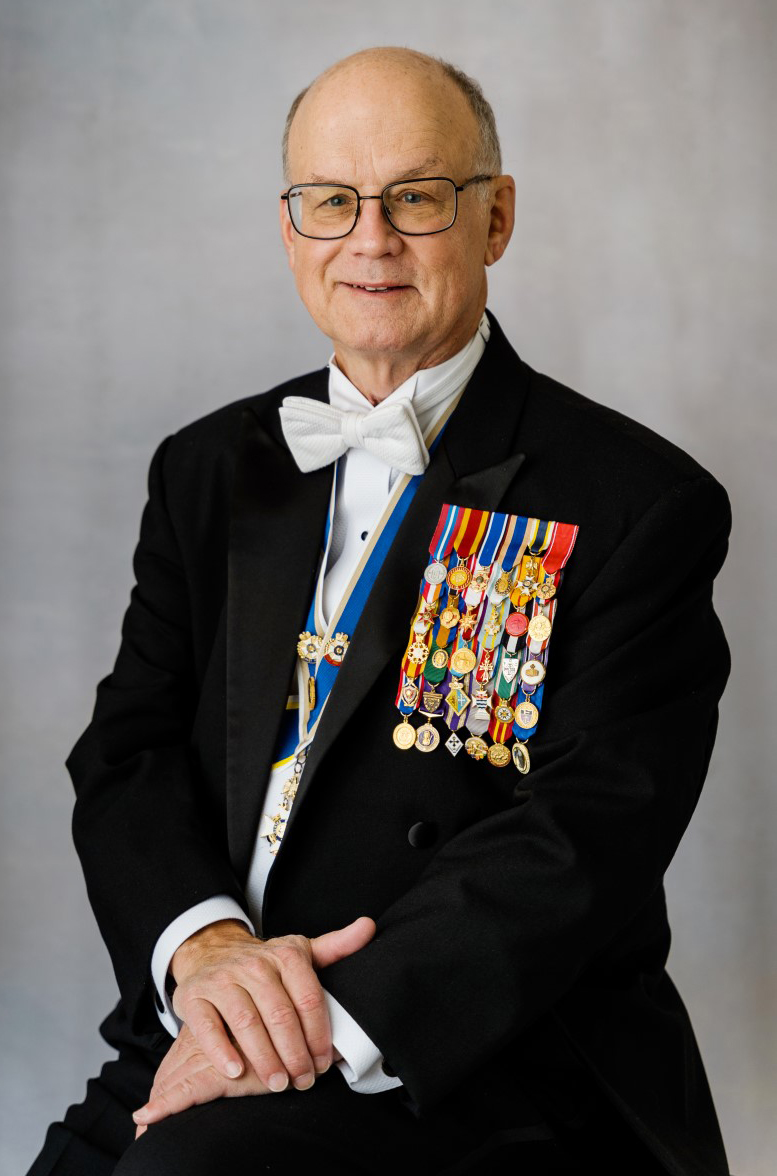 Michael P. Schenk, eldest son of the late Dr. and Mrs. C. Perry Schenk (Lola Margaret Gleason) was born and raised in Minnesota. He is married to the former Laura Ann Kearney and together they have three children; Michael (Virginia Neill Dean), John (Susan Elaine Allmon) and Meaghan (Jonathan Johnson), as well as grandparents to five grandsons. His interests in genealogy began in junior high school as a result of his mother’s involvement in NSDAR, he joined the National Society of Sons of the American Revolution his senior of college.

Michael received his undergraduate degree from the University of Minnesota, his BSMI and MSMI from the Medical College of Georgia in 1973/1974. He is a Board-Certified Medical Illustrator. He has received numerous awards for his illustrations and photography and was inducted as a Fellow in the Association of Medical Illustrators in 2002. Mike has held positions at the University of Virginia; the University of Minnesota College of Veterinary Medicine, where he started a department; the University of Texas Southwestern Medical Center at Dallas as an Assistant Professor in the Medical Illustration Track; and retired in 2015 as Director of Biomedical Illustration Services at the University of Mississippi Medical Center in Jackson, MS. Over the course of his career, he has created thousands of illustrations in all scientific disciplines and has been published by every major publisher. He is credited with over six authored/co-authored anatomical/zoological atlases and textbooks in multiple editions, as well as contributor to numerous article/book chapters in various medical subspecialties. He has presented scientific material and exhibited scientific/medical visuals at various national and international venues.