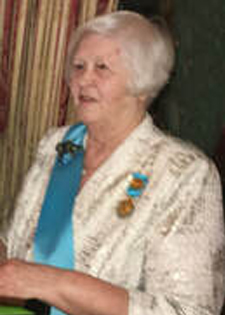 Sharon Kaufelt Stine was born in Virginia to Richard Henry Kaufelt and Lila Lee Thomas Kaufelt. She has one son, Richard Thomas Stine, and three grandsons. She attended Old Dominion University and has a BS in Secondary Education.

She is currently a part-time administrative aide with the Richmond Virginia Schools. She was previously engaged 29 years as a civil servant for the United States Navy. Her final assignment was as a Logistics Management Specialist serving to equip the United States ships in the Pacific and Atlantis fleets.

Transcribed 7 volumes of original records for the National Society Daughters of the American Revolution.

Transcribed 13 volumes of original records of the War of 1812.