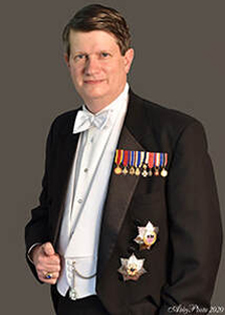 Thomas Edward Jacks is a native of Huntsville, Alabama and grew up in the nearby town of New Market, where his family settled over 200 years ago.  He is the second son of David Bartley Jacks, III and Barbara Lawhorn Jacks.

Tom attended Auburn University, where he earned a Bachelor of Mechanical Engineering and Master of Science (Mechanical Engineering).  He is currently Chief of the Mechanical Engineering Branch at NASA’s John C. Stennis Space Center in Hancock County, MS.  Tom has been recognized for his work in the agency’s rocket propulsion testing programs with numerous awards and commendations, most notably the NASA Silver Snoopy Award and the NASA Exceptional Achievement Medal.

Tom is married to the former Tara Kathleen Turner, a Certified Public Accountant.  Tom and Tara have four children—Collin, David, Clay, and Kate.  They are active members of Christ Episcopal Church in Covington, Louisiana, and make their home in nearby Mandeville, Louisiana.