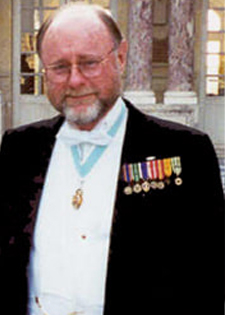 Judge Abell attended The George Washington University where he was graduated with a B.A. in International Affairs, 1966. He completed his Juris Doctor at The George Washington University School of Law, 1974. Judge Abell was appointed by President Ronald Reagan and confirmed by the United States Senate as the Assistant Attorney General for the Office of Justice Programs, United States Department of Justice, 1986-1990. He was also appointed by President Reagan to serve as a Member of the Board of Directors of the Federal Prison Industries, Inc. 1985-1991; as a Commissioner, President's Commission on Agricultural Workers 1988-1993; and as a member of the President's Task Force on Adoption 1987-1988. His wife, Lucia, served in two presidential appointments. Judge Abell served in the Federal Judiciary, United States Court of Federal Claims, Washington, D.C., until his retirement in November, 2010. He resided in Alexandria, Virginia.

Judge Abell was a member of numerous veteran’s groups, masonic associations, and historical and genealogical societies, including The Society of Independent Southern Historians. He was Anglican-Catholic by faith.