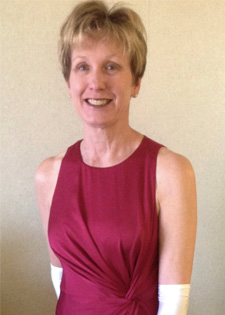 Laurie Ann Cornwell Aldinger is a native of Wisconsin born to Donald and Joyce Cornwell. She is married to Thomas Lee Aldinger and they have three sons:  Tony, Michael and Steven.  Laurie holds a B.A. in Accounting from North Central College, and a M.B.A. in Financial Accounting from Illinois Benedictine University.  She is currently the Treasurer for Epiphany Formation. Laurie and her husband Tom remain active in a variety of civic and historical groups, and Laurie is currently enrolled at the College of Charleston, studying the Classics.

Laurie’s contributions to the lineage society community are extensive, and she has provided primary leadership in a number of organizations.