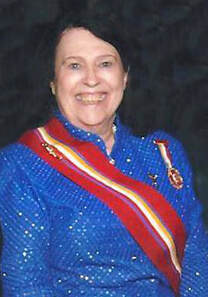 Sarah “Sally” Wood Hlavay is a native of Corvallis, Oregon. She is the daughter of Lieutenant Colonel Samuel Sidney Wood, Sr. and Mary Eleanor Grantham Wood. Sally was married to the late Joseph Francis Hlavay. Sally completed her undergraduate work at the University of Georgia, earning a B.S. She completed her M.B.A. at Pepperdine University, and an M.A. in Teaching at Emory University. Sally’s career has been as a Professional Fundraiser, serving as Associate Director of Alumni Relations for Emory University; as the Atlantic Regional Manager for St. Jude Children’s Research Hospital; as an educator at Holy Innocents Parish Day School, as a number of other roles. Sally’s service to the community has been significant and extensive. She is, for instance, a fifty plus year member of the National Society Colonial Dames XVII Century, serving as Organizing President of First Emigrant Chapter in Calgary, Alberta, Canada.

Foremost Women of the Twentieth Century

International Who's Who of Professional and Business Women (ABI)

Who's Who of American Women (Marquis Who's Who)