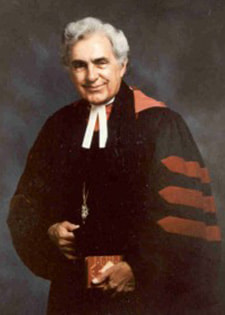 The Reverend Dr. Albert Clinton Walling II was born in Ft. Lauderdale, FL. Married to the former Carroll Langlois Wicher, they are the parents of Maurine Carroll Walling McCourry and Elizabeth Hancock Walling Furler. Dr. Walling is a former Rector of Episcopal Churches in Dallas and Houston. Dr. and Mrs. Walling reside in the Austin-Round Rock Metropolitan Area of Texas.

The Rev. Dr. Walling is a Life Fellow and former Historian of the Texas State Genealogical Society. He was commissioned as a Kentucky Colonel on the Governor's staff.