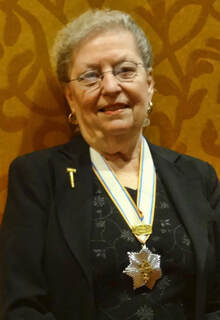 2012 Register of Qualified Huguenot Ancestors; Updates to the 1999 Register; 2016 Consolidated Update to the 2012 Register; revision of Maude Roberts Cowan's Genealogical Data of the Ancient & Honorable Artillery Company of MAAm, Lineage Book XVI for A&H, and articles for various other publications.

Kallal was an international officer for many years for sorority Gamma Phi Beta, supervising both collegiate and alumni members. She is the recipient of several national awards and her hobbies include reading, bridge, needlepoint and crewel.