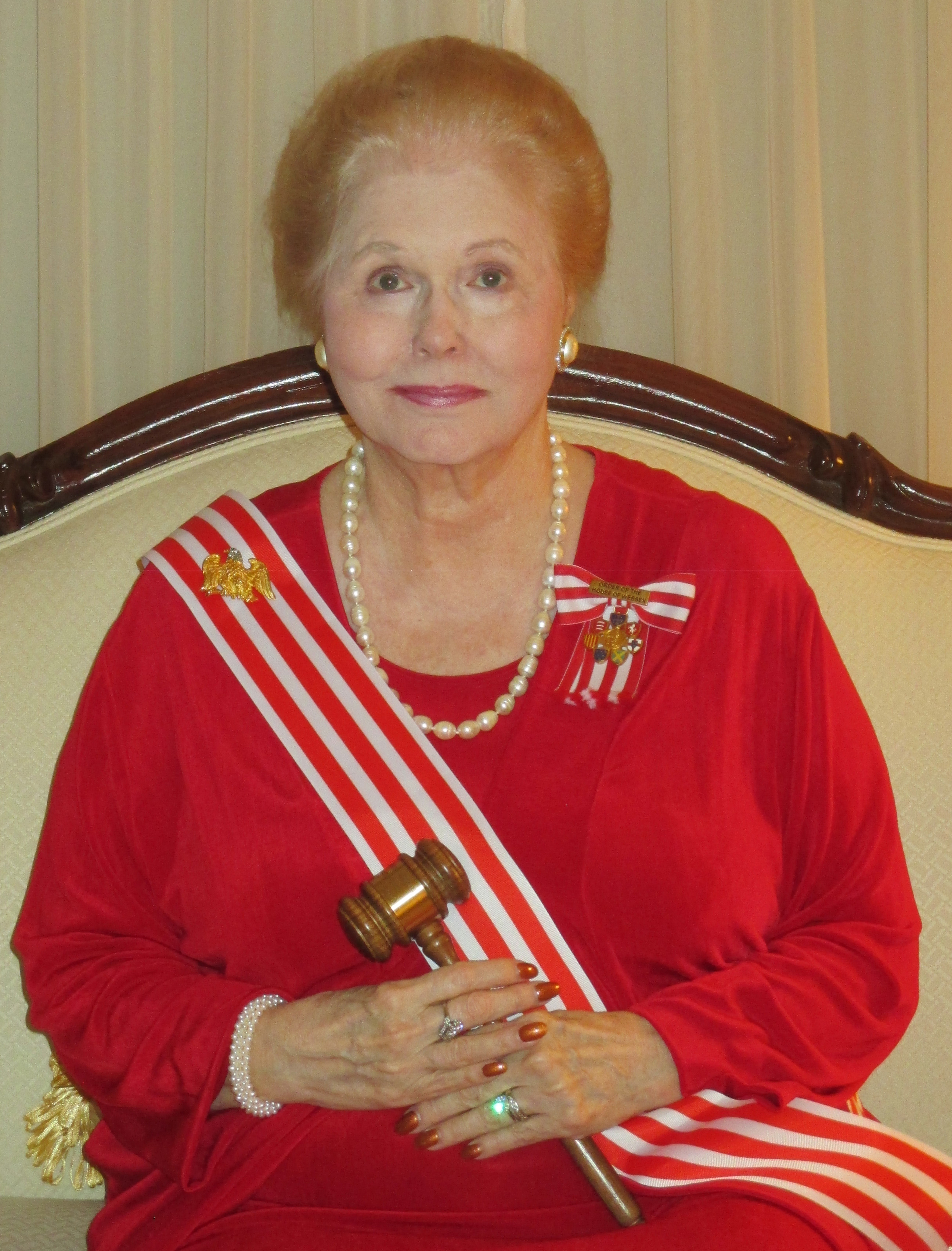 Carla Lucille Whitehurst Odom, a native of Durham, North Carolina, is the daughter of the late Paul Donald and A. Lucille Martin Whitehurst.  She was married to Charles Robert Odom on June 6,1964 at Grace Baptist Church, Durham. They have two daughters, Charlotte Martin Odom Lytle Perrin and Catherine Lynne Odom Quick, and three grandsons. Mrs. Odom was educated at Twadell School, Durham Schools and is a graduate of Campbell College. She is a Co-Trustee and General Partner for her extended family.  She is a retired artist, business owner and consultant.

Sovereign Military Order of the Temple of Jerusalem (Priory of Saint Thomas a Becket, Dame Chevaleresse)

Mrs. Odom is of the Baptist and Episcopal faith, and a former member of the vestry, choir, lector, co-leader of the Young Women's Association, and Sunday School teacher.  The Odoms are members of St. Luke's Episcopal Church.  She is also a former President of the Protestant Women of the Chapel at historic Mark Twain Village Chapel, Heidelberg, Germany.  She served as guide of a ladies regional Christian bible study for many years. The Odoms were awarded the Family Life Award that designated them as Family of the Year.  She is former President of the Byrd Family Association and former Vice President and Reception Coordinator of the Board of Directors of the Petersburg, Virginia  Music Festival.

The Odoms established the Hereditary Society Community LTC Charles Robert Odom and Carla Whitehurst Odom Scholarship at the College of William and Mary.  The Rotary Foundation of Rotary International named Carla Odom as a Paul Harris Fellow.  She received the 2009 Special Award of the National Society Daughters of Founders and Patriots of America, and Chartering Award of the National Society Southern Dames of America.  Three times she was named for the National Society Colonial Daughters of the Seventeenth Century President's Award of Excellence.  Mrs. Odom also received the Gloriae Coronam cum Sceptro (Crown & Scepter) in recognition of her membership and outstanding support of numerous European royally-focused lineage societies. Recently, she received Order of Descendants of El Cid Distinguished Merit Award and the Hereditary Order of the Red Dragon Dual Birthright Award. She has served as a judge for the Texas Genealogical College.

Mrs. Odom served the American Red Cross as a volunteer in military hospitals and local blood drives, as an Advanced First Aid Instructor, and as Vice President of a local Waiting Wives Club. As a Troop Leader for Girls Scouts of the USA she coordinated or assisted Scout activities in six countries.  She has served as a volunteer at Veteran Medical Centers in Virginia.

After living where duty called, the Odoms resided in Virginia 33 years before returning to Durham, North Carolina. She enjoys genealogy, and floral exhibiting.  She is the former President of two garden clubs and a life member of the Garden Club of Virginia.  Mrs. Odom serves as Vice President of the Swampfox Board of Directors for Umstead Pines Club.

Her National Society Daughters of the American Colonists Virginia Society Regent’s project was the commission and gift of a pair of paintings by Jamestown artist Caroline Taylor.  They are exhibited in the Visitors Center at Jamestown Island. To commemorate her service Virginia Daughters marked Meander Plantation at Locust Dale, Virginia.   She restored an antique marble plaque as her gift to Mason’s Hall.  The plaque had in the early 20thh century been dedicated in Richmond by Virginia United States Daughters of 1812 to the site that also served as a War of 1812 hospital.  At the conclusion of Mrs. Odom’s term as Governor, the DC Society of Continental Society Daughters of Indian Wars CSDIW marked the grave of Chief Pushmataha at the Congressional Cemetery.  During her administration, the National Society Sons and Daughters of Antebellum Planters project was the casting of an official die for bronze markers.  She dedicated the first marker to Historic Stagville at Durham, NC.  Mrs. Odom initiated and presented the first Presidential Families of America marker to President John Tyler's family at Sherwood Forest, near Charles City, Virginia, and a second marker to the Woodrow Wilson Presidential Library And Museum at Staunton, Virginia.