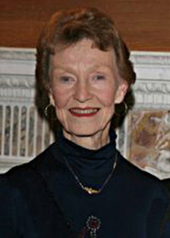 Marlene Rathbun Wilkinson, a native of Oklahoma, is the daughter of Carl J. and Ona Rathbun. Mrs. Wilkinson was graduated from Oklahoma State University where she earned her B.A. in Liberal Arts. She then attended the University of Memphis where she earned her M.S. in Education, with a concentration in General Counseling. Mrs. Wilkinson, now retired, was formerly Director of the Millington Center of Shelby State Community College. She was also a counselor for underprepared students at the Mid-Town and Gill campuses of Shelby State Community College.

Mrs. Wilkinson is an active member of her community, and is involved with numerous organizations. She is a member of Delta Zeta Sorority and the Saybrook Founders Colony. Mrs. Wilkinson is a former Board Member of the Ten-Ark-Miss Council of the Girl Scouts of America, as well a former Board Member of the Frayser-Millington Metal Health Center. She and her husband are currently members of St. Peter's Episcopal Church Ohio.

In 2001, Mrs. Wilkinson received the Community Service Award from the National Society Daughters of the American Revolution for her years of service to her community. Mrs. Wilkinson is a former member of Mensa.

Mrs. Wilkinson has been a vital part of the Navy Relief Society, having served over 5,000 volunteer hours. She is the recipient of the Society's Meritorious Service Award. In the past, she has served as Chairman of Volunteers 1971, 1974-1977; Interviewer 1971-1979; and Layettes 1971-1979. She also retains membership in the Association of Naval Aviation.