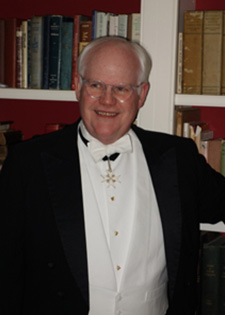 Julian Victor Brandt III, a native of Charleston, South Carolina, is the son of Julian V. Brandt, Jr. and Cather McD. Brandt. He is married to Anne Standish (Read) Brandt. The Brandts have three children and reside in Charleston.

Mr. Brandt was graduated from the The Citadel with a B.A. in History. Mr. Brandt’s career has been in the real estate sale and development sector. His company, of which he is the founder and proprietor, specializes in sales and leasing of historic residential and commercial properties. Mr. Brandt’s company has restored over forty historic properties; many qualifying for historic tax credits and conservation easements.

Mr. Brandt holds membership in several or organizations including:

He is a frequent lecturer on South Carolina, Colonial History and Preservation. The Brandts are members of Saint Michael’s Episcopal Church.