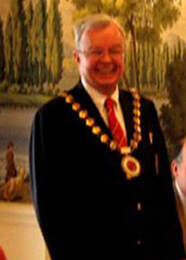 Mr. Marvin was graduated from Washington & Lee University in Lexington, VA, with a B.A. in Economics. He received further education at the American College of Life Underwriters, CLU. Mr. Marvin served in the U.S. Army from 1957-1961, as a Special Agent in the Counter Intelligence Corps. He is a retired Corporate Sales Executive, Brown & Bigelow (Advertising Specialties).