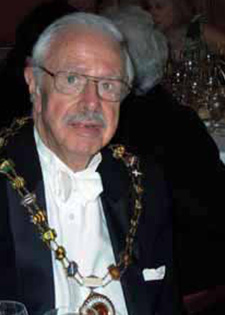 A graduate of The Hotchkiss School, Lakeville, CT and Princeton University, Mr. Vivian served as an infantry platoon leader during the Korean War.

Before retiring early in 1991 to set up The Radley Group, a public relations firm, Mr. Vivian was Vice President of Corporate Communications for Crum & Forster Corporation, an $11 billion insurance holding company with responsibility for all internal and external communications.

Before moving to Maine Mr. Vivian was Vice-Chairman of the Westfield (NJ) Historic Preservation Commission and Vice-President-Community Affairs and newsletter editor for the Westfield Historical Society. He also served on the Board of Deacons for the Presbyterian Church in Westfield.