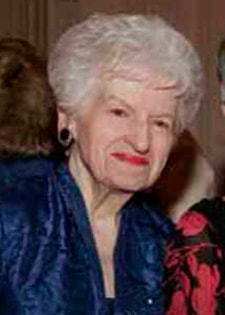 Doris Grace Rosalie Roth was the daughter of Joseph Gordon Grace and Mary La Velle Jones, and was a native of Richmond, Virginia. Mr. Grace and his family moved to New York City when Doris was young and her father pursued his career in commercial art. Doris married Elmer Eugene Roth (deceased) of Havre de Grace, Maryland in 1942. He served in the U.S. Army during her youth. Doris was trained in voice at the Peabody Conservatory. She had a beautiful soprano voice and performed in concerts and in church and for weddings. Doris worked for the Department of the Army at Aberdeen Proving Grounds for the General in charge of The Ordinance School. She was highly valued and presented many commendations.

Doris Grace Roth held a bachelor's degree from the University of Maryland and she earned a graduate degree from Johns Hopkins University.