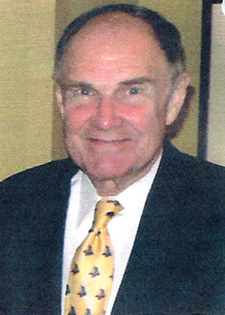 Mr. Etter served in the First Troop Philadelphia City Cavalry (Troop A, 104th Cavalry, PA Army National Guard). He is married to the former Susan Mary Frances Atkins, and is currently a practicing attorney for the U.S. Securities and Exchange Commission in Washington, DC. Mr. Etter was formerly a stockbroker in Philadelphia.

Mr. Etter attends the Church of the Resurrection (Episcopal) in Alexandria, Virginia. He also belongs to the American Legion’s Augustus P. Gardner Post No. 18 of Washington, DC of which he is a Past Commander, and the Alexander-Washington Lodge No. 22, AF&AM, of Alexandria, Virginia of which George Washington once served as the Worshipful Master.