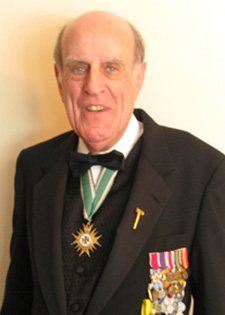 Richard Stephen Austin, a native of Blacksburg, Virginia, is the son of Vernon Childrey and Hattie Wiggins Austin. He graduated from Virginia Polytechnic Institute and State University with a B.S. in Biology. LTC Austin is a retired Lieutenant Colonel, U.S. Army, and enjoyed a career with the U.S. Departments of Transportation and Labor, as an acquisition officer. He is married to Dorothy Rhea Cochran Austin. The Austins have one daughter, Patricia Louise Austin Ting.