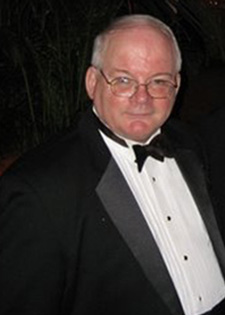 Duane L.C.M. Galles, Esq., Ph.D., son of Lester Galles and his wife Nettie Mealman is a native of Adrian, Minnesota. Mr. Galles holds degrees from George Washington University (B.A.), William Mitchell College of Law (J.D.), University of Ottawa (Ph.D.) and Saint Paul University, Ottawa. (J.C.D.). He has a distinguished career as an attorney, counselor-at-law and canonist. Mr. Galles was called to the Bar of the Supreme Court of the State of Minnesota in 1977, and the Bar of the Supreme Court of the United States in 1981.