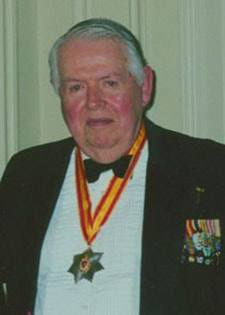 Peter Arrott Dixon, son of George Peleg Dixon and Eleanor Arrott Gardner, was born in New York City. He is married to Joan Wilson Dixon of Mobile, Alabama. The Dixons have one child, Pamela Arrott Dixon.

Mr. and Mrs. Dixon have been residents of the historic district of Alexandria, Virginia for the past forty-four years.

Mr. Dixon is a member of the American Legion.