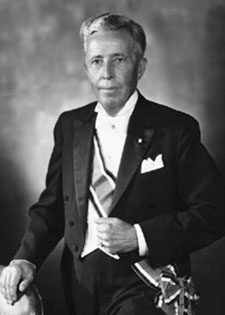 Col. Ordway was educated at Pinkerton Academy in Derry and Phillips Exeter Academy in Exeter, NH. He received his Bachelor’s Degree from the University of New Hampshire in Durham in 1920, followed by graduate work in corporate law at Fordham University in New York City.

His career in the military began on May 15, 1917 at Plattsburg, NY at the 1st Officers Training Camp. While serving with the 1st Troop of New England Calvary at Plattsburg, he pursued his interest in aviation. On June 15 1917, he was among twenty-five officer candidates selected for flying training with the Royal Flying Corps in Canada. After ground school at the University of Toronto and advanced training at Camp Borden, Cadet Ordway eventually joined the 1st Pursuit Group at the Front near Toul, France. Lieut. Ordway was transferred in June of 1918 to the 94th Squadron, First Pursuit Group, American Expeditionary Force commanded by Captain Eddie Rickenbacker. During that time, he participated in the Marne Offensive and the Verdun Drive, which ended the war. Following the Armistice, Lieut. Ordway served with the Air Service History Board in Tours until his return to the United States in the spring of 1919. While in business in New York City, Mr. Ordway served for two years in the Squadron "A" Cavalry, New York National Guard.

In the inter-war period, he worked with the Federal Reserve Bank of New York and with Blyth & Company investment bankers, one of the leading underwriters in the United States in domestic and foreign securities and in all phases of international banking. From 1929 until 1941 he managed the Bond Department of Cassatt & Company and later joined Wortham & North, investment counsel. He was cited in 1939 by the President of the New York Stock Exchange as one of the leaders in the preparation and analysis of corporation statements.

In June of 1941, Major Ordway was called to active duty as Executive Officer to Major General Oliver P. Echols, Assistant Chief of Staff, Headquarters Material Command in Washington. He was promoted to Lieutenant Colonel in the spring of 1942 and was transferred to the U. S. Ninth Air Force in Cairo as liaison office with the Headquarter of the Royal Air Force. During that time, Lt. Col. Ordway was stationed in Cairo, Egypt, Algiers, and Naples, Italy. After the War ended in 1945, he was promoted to Colonel and continued on active duty in various capacities with the Office of the Foreign Liquidation Commissioner.

In his retirement, Col. Ordway devoted most of his time to the hereditary, patriotic and historical societies of the United States.

The Sovereign Military Order of the Temple of Jerusalem, Knight Chevalier and former Secretary of the Priory of St. King Charles the Martyr of Washington, D.C.