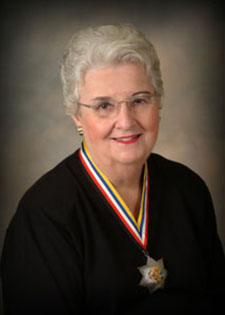 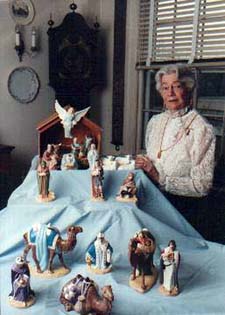 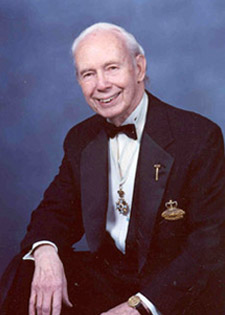 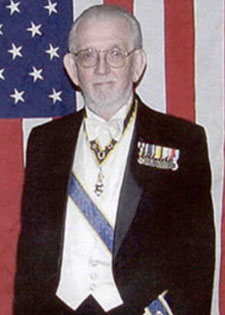 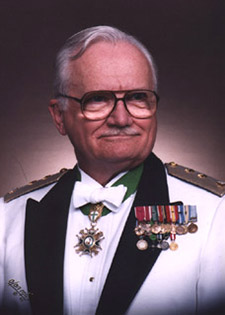 Grace Fisher DeuPree, daughter of the late Robert and Colista (Davis) Fisher was born near Longview, Texas. In 1946, she married Captain Charles Lamar DeuPree, US Army, and their life together was blessed with forty-nine years of marriage and four beautiful daughters, Della Grace, Anne Colista, Cecilia Valerie and Elisabeth Frances; seven grandchildren; one great-granddaughter and one great-grandson. With four sharp little minds eager for knowledge, and Mrs. DeuPree and her husband’s shared interest in history, their mutual pursuit of family genealogy was launched.

Shortly after the outbreak of WWII, the almost sixteen-year-old high-school graduate prepared for her eight-hundred-mile journey to attend Christian College (now Columbia College) in Columbia, Missouri. She earned an Associate in Music Degree and was awarded a Piano Teacher’s Certificate. The highlight of many concerts was Mrs. DeuPree’s participation in duo-piano performances. To further her education as a concert pianist, she attended Southern Methodist University where she studied with Dr. and Mrs. Paul van Katwijk in the Music School. Mr. Charles Lamar DeuPree disrupted the concentration of her studies and completion of her degree.

She is a member of the Dallas Genealogical Society, the Dallas Eagle Forum, and a member of Lochridge Family Association. Furthermore, Mrs. DeuPree serves as Registrar, and on the Executive Committee of the highly-regarded Ligon Family and Kinsmen Association.

Mrs. DeuPree is a Charter Member of Dallas Needlework and Textile Guild and Greater Dallas Chapter of The Embroiderer’s Guild of America. She served as President of the Greater Dallas Chapter, and held a position on the board for six years. Mrs. DeuPree holds membership in the Dallas Knife and Fork Club; Lakeside Browning Club; Seneca Review Club; Matheon Club; and the Lady Day Reviewers. She is also a member of the Mary K. Craig Class.

Anne Carter Baldwin Holle was born in Washington, DC to Easton Leroy Baldwin and Lula Rice Hopkins. She was first married to Herman Richardson Allen and second to Major General Charles George Holle. She is buried in Arlington National Cemetery, Arlington, Virginia with her second husband.

Warren Robertson Hull is the son of McKinley Hobart Hull and Grace Robertson Fontaine Johnson. He is a native of Birmingham, Alabama, and growing up, lived in Chicago, Illinois; Tarrytown-On-Hudson, New York; and Washington, D.C.

Mr. Hull attended George Washington University where he was a member of Sigma Alpha Epsilon Fraternity and where he was President of the Student Council. After a stint in the U. S. Air Force during the Korean War, he enrolled in Columbia University, New York City, where he earned a Bachelor of Science degree.

He enjoys a life-long interest in classical music, plays the piano and composes. He is a former governing member of the board of directors, Chicago Symphony Orchestra. For many years, he lived on a horse farm in southwestern Pennsylvania where he bred, trained and sold purebred Paso Fino horses.

Most of Mr. Hull's business career was spent at United States Steel Corporation where he was Director of Corporate Communications. He is now retired and resides in Uniontown, Pennsylvania. He is a member of the Episcopal Church.

Colonel Andrew Martin Johnson, a native of Windom, Minnesota, is the son of Clayton Andrew Johnson and Emma Phylis Bennett. Col. Johnson attended the University of Minnesota where he received his Bachelor of Arts, and completed graduate studies in Public Administration, there, as well. He also completed training at Army Command and General Staff College at Fort Leavenworth, Kansas.

Col. Johnson was active in his local community as a member of the Lutheran Church (Missouri Synod) and volunteer coordinator of Meals on Wheels.

Col Johnson was a National Security Commissioner of the American Legion; History Committee Chairman of the Douglas Park Civil Association of Arlington, Virginia; and Veteran Affiliate of the 3rd Infantry Regiment. He was also a former Commander of Garrison 65 of the Army and Navy Union of the United States of America.

Educated in Washington and Virginia schools, Mr. Mackall served in the United States Army, 1945-46, with the 11th Airborne, stationed in Japan during the Occupation.

Mr. Mackall attended the University of Virginia where he completed his B.A. in 1950, and his L.L.B. in 1952. Mr. Mackall was admitted to the Virginia Bar in 1951. He served as a practicing attorney in Fairfax, Virginia beginning in 1952, specializing in wills, trusts, estate planning and administration, and real estate. He was a Fellow of: The American College of Trusts & Estates Counsel, the American College of Real Estate Lawyers, and the Virginia Law Foundation.

He was the Democratic nominee for Fairfax County for the Virginia House of Delegates in 1969; a candidate for Democratic Nomination to the Virginia Senate in 1971; a member of the Board of Trustees for the Fairfax Hospital Association (1966-1975). Mr. Mackall was a former member of the Executive Committee of the Georgetown Assembly.

A descendent of John Perkins who arrived in Massachusetts in 1630, Colonel Donald R. Perkins was born on April 15, 1927 in Peabody, Massachusetts, the son of Alfred Manchester Perkins and Ruth Antoinette Arth Perkins. He grew up in Las Cruces, New Mexico, graduated from Las Cruces Union High School and was drafted into the Army in 1945. He served as a non-commissioned officer in grades up to First Sergeant and then completed Third Army Officer Candidate School in Seckenheim, Germany, in 1947. He served as a Second Lieutenant in the Fifth Field Artillery until leaving active service at the end of 1947. In 1950, while attending New Mexico State University, he was recalled to active duty for service in the Korean War. In 1955 he received his Bachelor of Arts degree in History.

Until 1960 he served in various National Guard assignments in New Mexico and Wisconsin. In 1961, Col. Perkins returned to active duty with the 32nd Infantry Division Artillery during the Berlin buildup. On graduation from the U.S. Army Command and General Staff College in 1962, he reported to the National Guard Bureau, Departments of the Army and Air Force, in the Pentagon where he served as a staff officer. Later, he was transferred to the Office of the Deputy Chief of Staff for Military Operations as a Guard Bureau advisor to that office. In 1971, he was promoted to Colonel and assigned as the National Guard Advisor to the Commanding General, United States Continental Army Command, Fort Monroe, Virginia. He retired from active service in 1975. As a civilian, he served as Army Activities Director at the National Guard Association of the U.S. in Washington, DC, from which position he retired in 1987. He was later employed as a defense consultant to BMY Corp. and as librarian and archivist for the National Guard Association.

While in the service, Col. Perkins attended the Advanced Field Artillery course, the General Staff College, and the US Army War College. Col. Perkins received the Legion of Merit, Meritorious Service Medal, Army Commendation Medal with Oak Leaf Cluster, National Defense Service Medal, WWII Victory Medal, Korean Service Medal with 3 Bronze Service Stars, and the Department of the Army General Staff Badge, among other awards. He was inducted into the Officer Candidate School Hall of Fame at Ft. Benning, Georgia, in 1981.

Col. Perkins was a long-time member of the Episcopal Church of the Ascension and St. Agnes in Washington, DC. As an accomplished long-distance runner, he ran in the Boston and New York City marathons. He was also an avid student of military history, speaking on the subject at many events in Washington, DC and New Mexico. His articles on military history have appeared in various publications.

Col. Perkins was an active member of the American Legion; the American Military Institute; the Army War College Foundation; the Reserve Officers Association; the Retired Officers Association; the Augustan Society; the Company of Military Historians; the Council on America’s Military Past; the Historical Society of the Militia and National Guard; the International Chivalric Institute; and the Military History Society of the Southwest.